Level: Intermediate/Advanced
Who: High School Students (15-19 years old)
When: 6 weeks, Saturday Mornings (10am-12pm, July 11th-August 15th, 2020)
Instructors: Nikki Weaver and Corinne Gaucher
Tuition: $250
Portland Playhouse invites high school students to participate in this unforgettable six week theatre experience.  Our participants will come together to strengthen their acting and auditioning skills through advanced scene study and monologue work. This class is for students who wish to challenge themselves while learning what it means to perform fully present in their bodies and voices. The final class of this eight week session will consist of a showcase performance for local theatre professionals (directors, actors, artistic directors, etc.) who will provide valuable feedback on each student’s performance. Class size is limited to 10 students (ages 15-19) to maximize the amount of one-on-one training our participants receive.
Sign up for the SUMMER High School Intensive 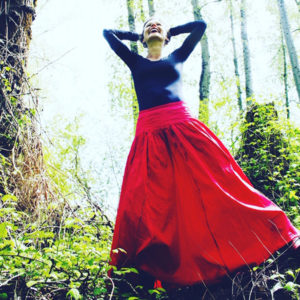 NIKKI WEAVER – Born in Los Angeles and raised in Sydney, Australia, Nikki moved back to the U.S. in 2005 after graduating from The Australian Academy of Dramatic Arts with a BFA in Acting. Since 2005, Nikki has created many projects, some of which include: a yoga program for 4-12 year olds, acting classes for 4-18 year olds, toured as Madame Curie in a solo show for a full year, raised over $3k to help families suffering from the Sandy Hook shooting, led international wellness retreats, and acted on stages in the U.S and in Australia. Nikki is an innovative creator and passionate communicator driven  by a desire to understand other points of view. She brings a deep sense of listening, curiosity and an open heart to the team. A co-founder of Portland Playhouse, Nikki leads our extensive education programs – while standing on her head, running to find her kids and seeing as much theatre as possible. MFA: George Washington University. 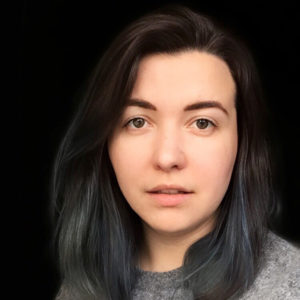 CORINNE GAUCHER was born and raised on the New England coast and quickly fell in love with the power of theatre and entwining it with education. Grateful for her own experiences making theatre as a child, she co-founded the Summer On Stage Program at the historic Garde Arts Center in Southeastern Connecticut which continues annually to this day. She received her BA in Theatre from UNC Charlotte in North Carolina where she was an actor, director, producer, and dabbled in education outreach. After graduating, Corinne moved to Portland to be a part of the 2014-2015 Apprenticeship Company and knew she had found her creative home. In addition to being an actor around town and making her own work, she can often be found singing karaoke, and making friends with neighborhood cats.