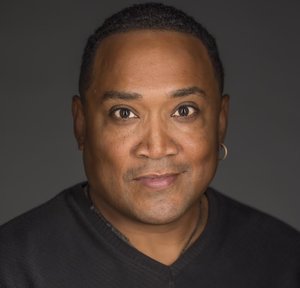 This is Bobby Bermea’s fourth stint at Portland Playhouse where he previously appeared in Radio Golf, How to End Poverty in 90 Minutes and The Brother/Sister Plays, for which he won a Drammy for Outstanding Actor in a Lead Role. Bermea is the co-artistic director of The Beirut Wedding World Theatre Project, a founding member of Badass Theatre Company, a proud member of Sojourn Theatre and a long-standing member of Actors Equity Association. He has also received a Drammy, for Supporting Actor in A Raisin in the Sun (Artists Repertory Theatre), another for Ensemble in The Set-Up (Cygnet Productions) and was a Drammy Finalist for lead actor for his work in that show. Bermea has literally appeared in theatres from coast to coast, among them being LaMama in New York, Centerstage in Baltimore, Vortex Repertory in Austin and Intiman, Kansas City Repertory in Kansas City, ACT, The Group, The Langston Hughes Cultural Center, A-Ha, The Empty Space and The New Mercury Theatre in Seattle. On the Portland stage Bermea has performed with Artists Repertory Theatre, El Teatro Milagro, Portland Center Stage, Cygnet Productions, Tygre’s Heart, the Jewish Theatre Collaborative and Sojourn Theatre.