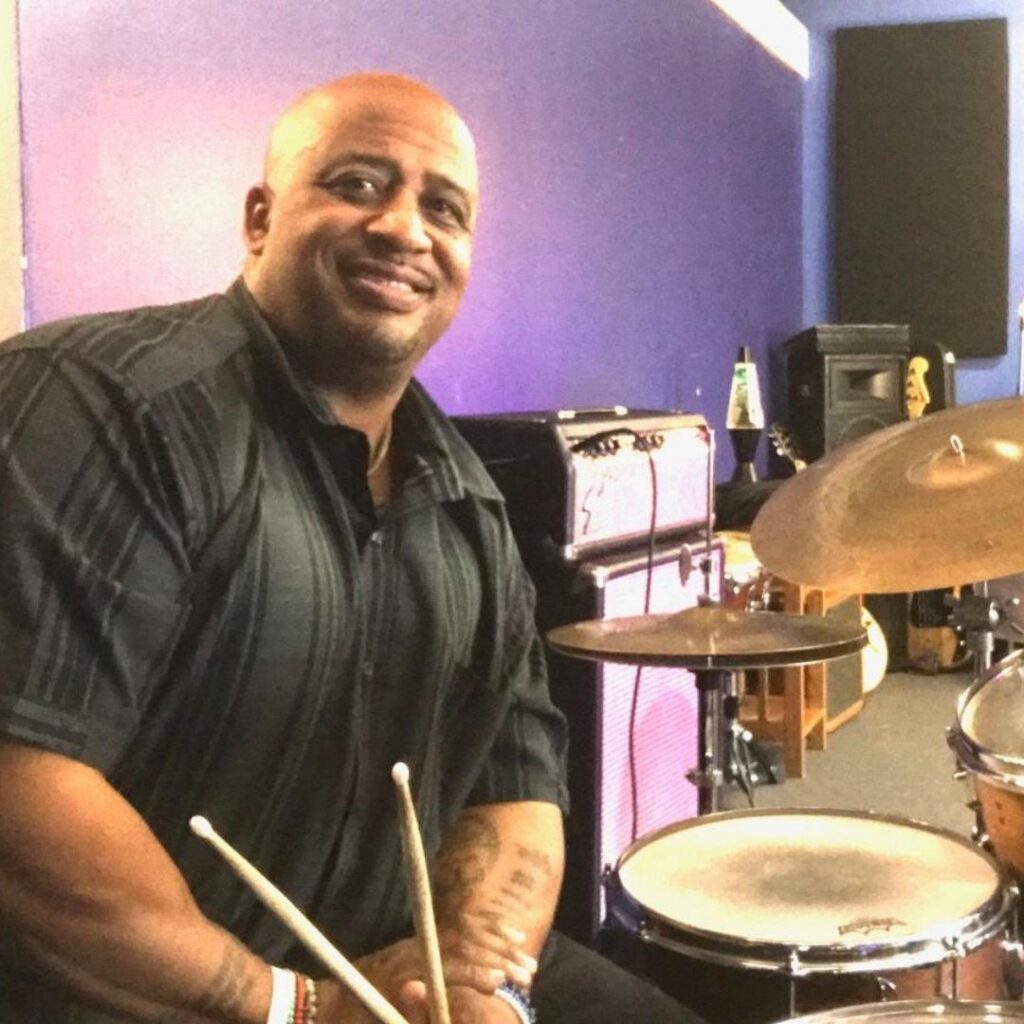 Edwin’s parents were professional musicians.  He studied piano beginning at the age of 8 and then took up the cello at age 10 and studied that instrument for 13 years performing in youth symphonies as well as the University of Oregon Symphony. He is self-taught on drums beginning on his mom’s coffee cans at age 2.  His first professional gig as a drummer  was at the age of 18 with his dad’s (bassist) jazz quartet.

Throughout the years he has performed in reggae, rock, top 40, Afro-Cuban, gospel, country, heavy metal, bluegrass, blues, jazz,  funk and zydeco bands.  This is probably because he grew up listening and enjoying so many styles of music.

Edwin was part of the blues band called  ‘The Thunder Brothers’. They were Cascade Blues Association Muddy Award Winners for “Best New Band” in 2017.  He was also part of the King Louie Organ Trio, whose recent CD “It’s About Time” was picked as one of  Downbeat Magazine’s “Best Albums of the Year”.

Edwin is also a professional cartoonist.