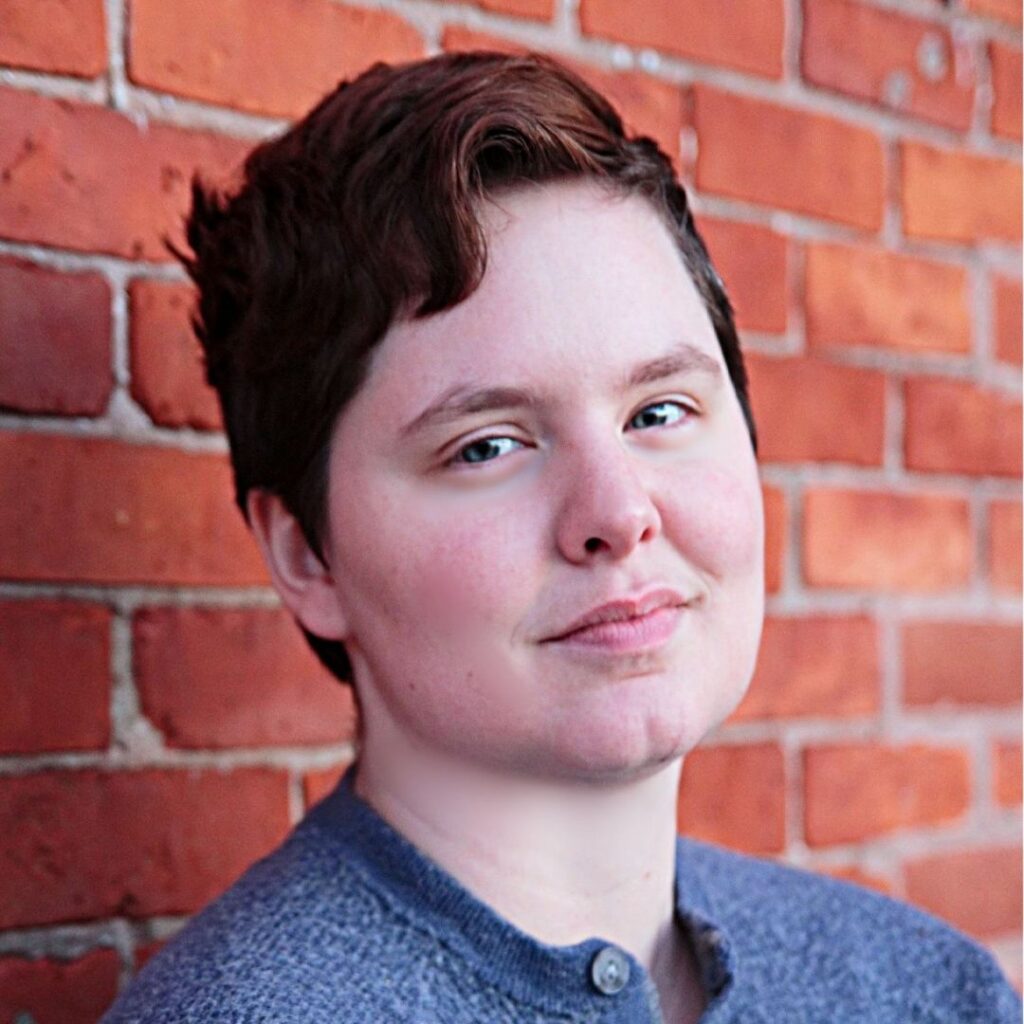 J. C. “Jace” Meyer-Crosby is a Director, Intimacy Director, playwright, actor, speaker, educator, and occasional sound designer. All of these hats have caused him to most concisely identify as a Theatre & Consent Artist. Directing credits include Strindberg adaptation Maid Julie, a well-received original adaptation of Faust, the dystopian one-act Positive, and the scene cycle Homo Familiarus. Favorite performance roles include Brother Polycarp in At Swim, Two Boys; the title character in Aurora; and Tranio in WallByrd’s Taming of the Shrew.

As an Intimacy Director (trained with Intimacy Directors International and Intimacy Directors & Coordinators,) Meyer-Crosby is dedicated to spreading consent culture, actor agency, storytelling excellence, and LGBTQ+ love stories in the staging of intimate scenes for the theatre. Favorite IDing projects have been an adaptation of Jamie O’Neill’s At Swim, Two Boys with DVC; Oklahoma!, Indecent, Newsies, and world premier of Division Street all at JCC Centerstage; Marisol and Tatjana in Color at Ithaca College; Bonnie & Clyde and Polaroid Stories at Nazareth College; Queen at Geva Theatre Center; and Orchid Receipt Service with Asia Kate Dillon at Theatre Mitu. His greatest love is teaching young people about consent and person-centered practice in the theatre, and he has been privileged to do so often through the lens of Intimacy Direction.

Before moving cross-country with spouse, fellow theatre-maker, and Portland native Ben, Meyer-Crosby teamed up with him in 2016 to found Grey Noise Theatre Company, an indie theatre that operated for four seasons in Rochester, NY. Grey Noise focused on nuanced diverse representation and queering classic works in the theatrical canon. At Grey Noise, Meyer-Crosby directed an updated version of Bert V. Royal’s Dog Sees God in collaboration with the playwright, a production that went on to win CITY's 2019 Best of Rochester award in the category of “Best performance produced by a local theatre group.”

Throughout the live theatre pause during the pandemic, he has dedicated energy to his own antiracism journey, honing his craft as a poet and playwright, teaching virtual classes, and speaking on various panels about gender-inclusive theatre-making practices.