Portland Playhouse is excited and grateful to return to live performance for the 2021-2022 theatre season. 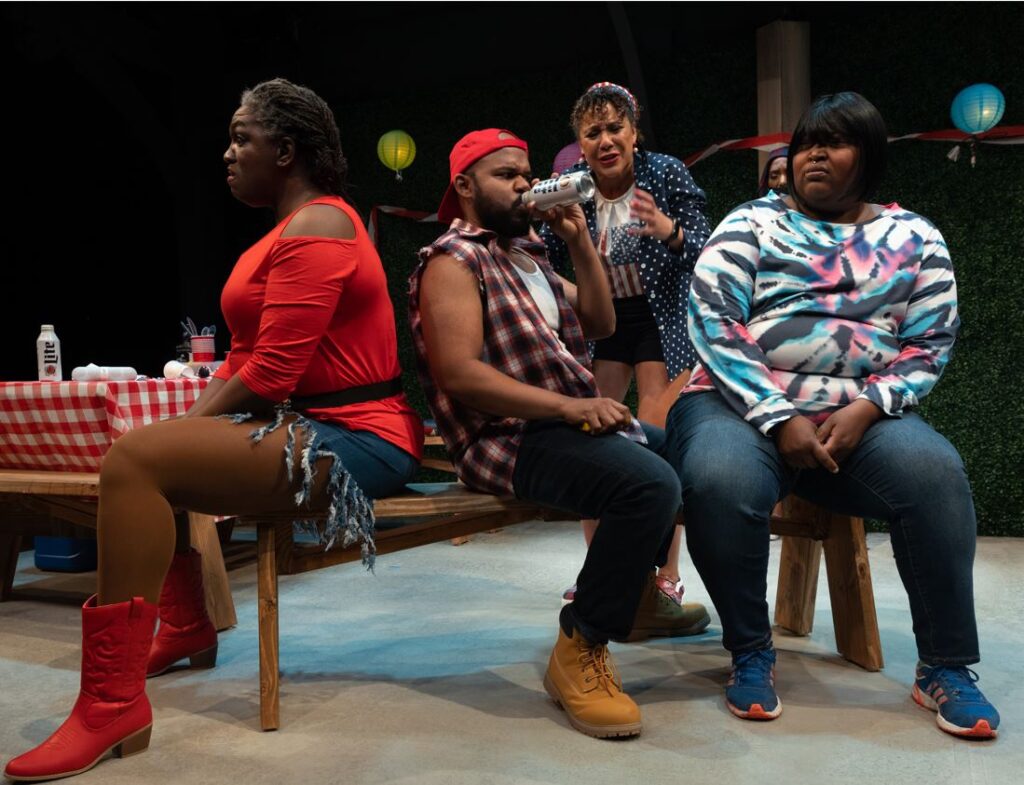 The O’Mallerys have gathered in their local park to share some barbecue and straight talk with their sister Barbara, whose spiral of drugs and recklessness has forced her siblings to stage an open-air intervention. But the event becomes raucous and unpredictable as familial stereotypes collide with hard realities, and racial politics slam up against the stories we tell—and maybe even believe—about who we were and who we’ve become. (The Public)

This production is not available for streaming on demand.

Join Ebenezer Scrooge (played by Cycerli Ash, (pictured) and the ghostly spirits who visit on Christmas Eve to guide the grumpy miser through a redemptive and transformative journey towards friendship and love. The traditional tale, surprisingly staged and contemporarily cast.  Hopeful, musical, and above all fun!

Please note: A Christmas Carol is offered as an add-on performance to our Season 14 Ticket package .  Purchase season tickets  now and get 10% off plus early access to single tickets for the production now. (Single tickets go on sale to the general public August 1.)

Lester Purry (pictured) and Lou Bellamy return to the Playhouse for Thurgood – the inspiring story of the first African-American to sit on the Supreme Court of the United States. From his early days as a civil rights lawyer arguing the landmark case of Brown vs. Board of Education to the end of institutionalized segregation, Thurgood spans the impressive 58-year career of Justice Thurgood Marshall all the way to his appointment to the highest court in the land.

by William Shakespeare
directed by Tina Packer and Brian Weaver

One of Shakespeare’s earliest plays and the most wildly popular hit of his lifetime, the story follows Titus (Nigel Gore, pictured) and his triumphant return to Rome from ten years of war with the intent to live out his final days in peace and tranquility. He brings Tamora, Queen of the Goths, her Black lover, Aaron, and her three sons home as his prisoners and per Roman custom, sacrifices the eldest son to the gods. This begins a revenge cycle that swallows everyone- man, woman, child and leaves no one unscathed.

All aboard for a Western musical adventure the likes of which you’ve never experienced. As a wanted woman of mythic proportions looks to begin life anew out west, Bella takes us on the trip of a lifetime to escape her scandalous past and bounce into the arms of her awaiting Buffalo Soldier. Rowdy, wild, and hilarious, Kirsten Childs (Bubbly Black Girl…) infuses this tall tale with soulful tunes and madcap antics aplenty. Giddy-up to our get-down! (description and video courtesy of Playwright Horizons)

This production is not available On Demand.

Access to your preferred dates before single tickets go on sale.

10% off and the first chance to book tickets to A Christmas Carol.

No exchange fees, ever!

See any performance in the run. Watch live at the Playhouse or stream on demand with the Playhouse from Your House option- your choice!

Wednesday or Thursday nights or Last Saturday matinee ONLY.

This package does not include the on-demand Playhouse at Your House streaming option.

The first Wednesday, Thursday and Friday night performances in the run, in-person ONLY.

This package does not include the on-demand Playhouse at Your House streaming option. 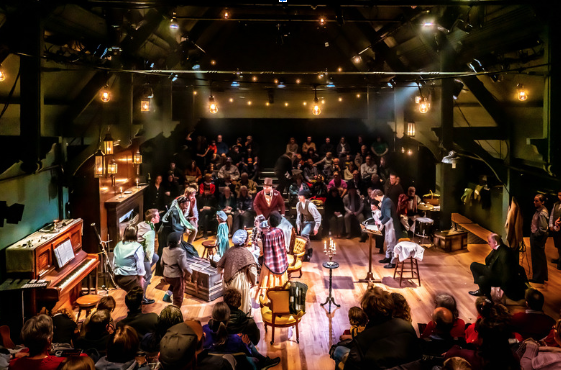 Add on a family classic!

Purchase any season ticket package and you will receive an invitation to purchase tickets to A Christmas Carol today!

When you purchase tickets to this family favorite now, you’ll get first pick at the dates that always sell out AND receive 10% the single ticket price.

Not sure which date you’ll want to attend? No worries! There are never exchange fees when you are a season ticket holder

SEASON TICKET HOLDERS: Use your passcode to purchase tickets here: